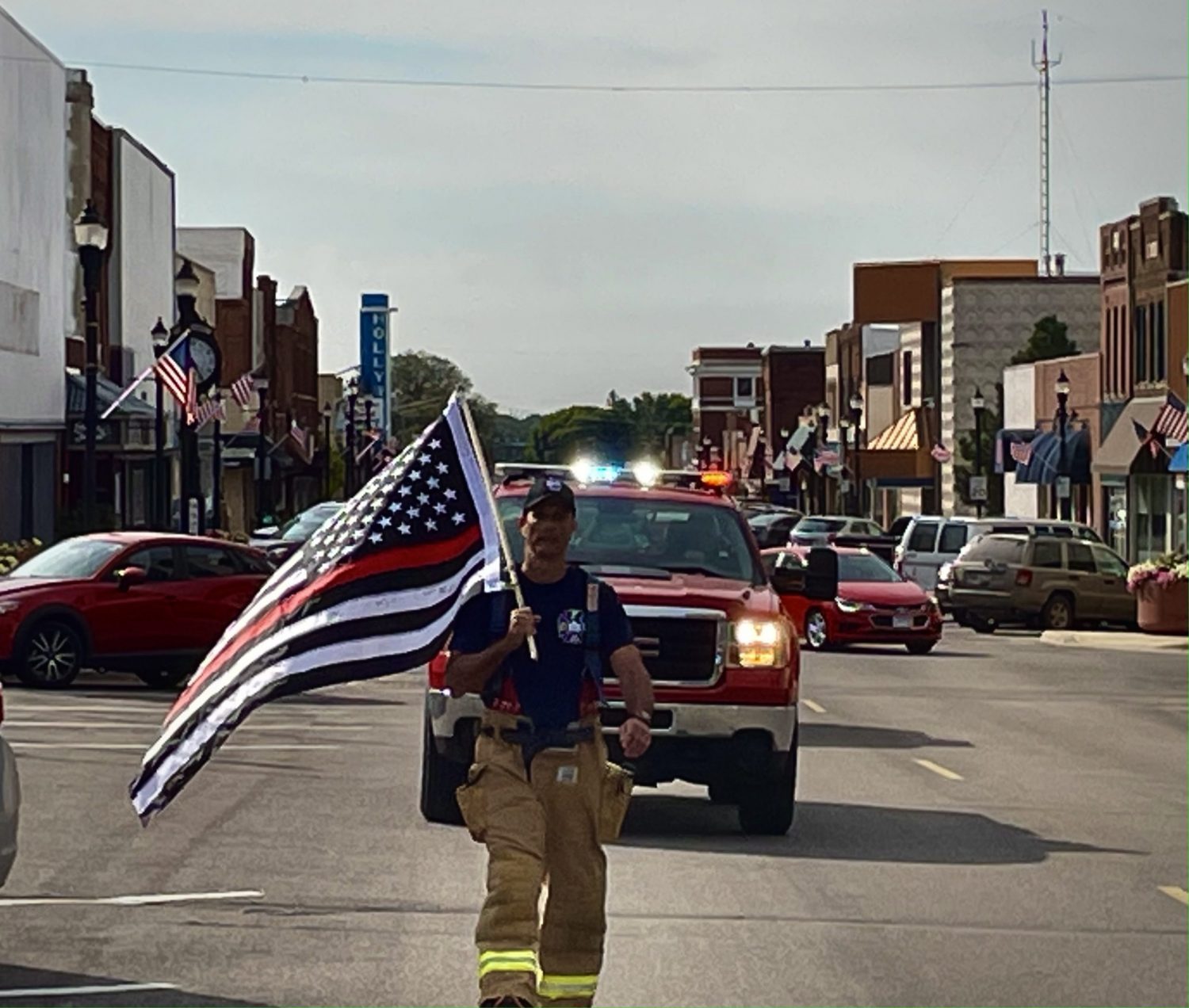 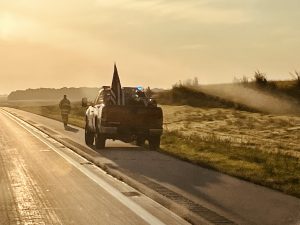 Doug Foote continued on the next leg of his 200-mile journey across Minnesota bright and early on Monday – walking over 30 miles from Dawson to Clara City.

For day two of Miles for MnFIRE, Doug continued east on US-212 to stop in Montevideo and then continued on State Highway 7 to Clara City. Doug said, “the relay of guardian angels continued today,” as individuals from the Montevideo, Maynard and Clara City fire departments all provided escorts and protected him on his long journey.

“It is humbling meeting these volunteers,” said Doug. “They are the heartbeat of our community. When I ask them why they join the fire service, the response is universal: We need someone in our small community to do it.” 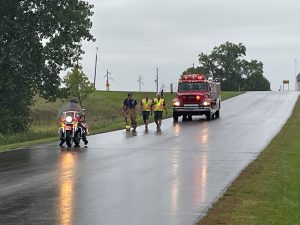 Doug spent time in Montevideo, where the Montevideo American News interviewed him for this article. It was a challenging day with the rain, but Doug and volunteers successfully finished up the day in Clara City.

This walk is raising awareness and much-needed funds for firefighter health. So far, Miles for MnFIRE has raised $7,755. Learn more and donate HERE. If you pledge at least $1 per mile (equal to $200), you’ll receive a Miles for MnFIRE hat as a thank you.

Stay tuned here and follow us on Facebook for updates along the way as Doug heads toward the Minnesota Fallen Firefighter Memorial on the grounds of the State Capitol in St. Paul, where he’s scheduled to arrive on Saturday, Sept. 18. 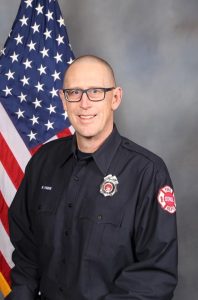 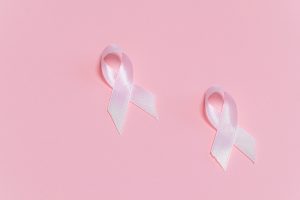 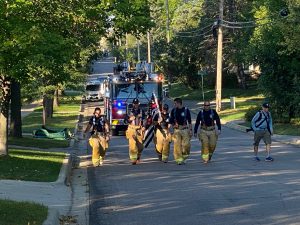 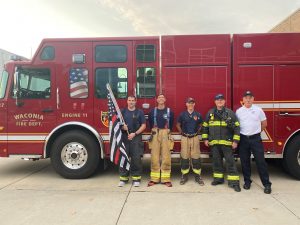 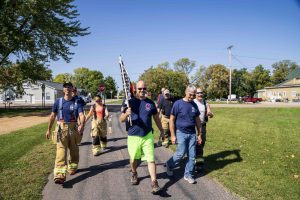 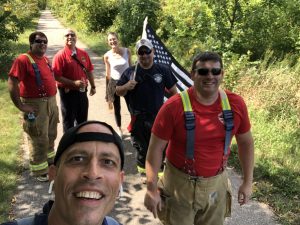 January is National Firefighter Cancer Awareness Month, the perfect time to learn how to protect your department from cancer by signing up for MnFIRE's free cancer deep-dive training: mnfiretraining.org/. ... See MoreSee Less

Flags To Be Flown At Half-Staff For Western Minnesota Firefighter Who Died In Line Of Duty ... See MoreSee Less

Gov. Tim Walz has ordered that flags be flown at half-staff in honor of a western Minnesota firefighter who died in the line of duty.
View on Facebook
·Share

Kudos to the Bemidji Fire Department for completing their MnFIRE training! Has your department signed up for their FREE training yet? If not, you can do so here: mnfireinitiative.com/training/ ... See MoreSee Less

January is Firefighter Cancer Awareness Month - a time to draw awareness to the elevated cancer risks for firefighters and promote prevention strategies. A big kudos to the Bemidji Fire Department for pausing to recognize this important month and also ensuring their firefighters are MnFIRE-trained on their higher risk for cancer. Sign your department up for their FREE training today. ... See MoreSee Less

January is dedicated as Firefighter Cancer Awareness Month, where leading firefighter organizations designate a month to educate firefighters on how to prevent and survive occupational cancer. Many…
View on Facebook
·Share

Schell’s Brewery and its distributor partners are teaming up to donate dollars for every Firebrick Vienna Lager case and keg sold this year to MnFIRE and St. Paul Fire Foundation. Cheers to helping firefighters in our communities across Minnesota! 🍻 ... See MoreSee Less

NEW ULM — August Schell Brewing Company announces the return of its “Firebrick for Firefighters” program, donating a portion of sales from every case and keg of Firebrick Vienna Lager sold in 2022. “Giving back has always been part of our DNA here at Schell’s,” said Ted Marti, president ...
View on Facebook
·Share